I ask for help with service. 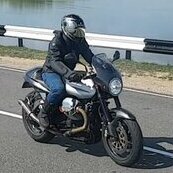 Good . Put on some Steppenwolf and go !

The problem is found and resolved. Everything turned out to be very banal: the TPS sensor died. I checked all the relays, sensor resistances, ignition coils and all harness connections, grou

This was my first thought. You said that you had the heads off? I take it you replaced them using new head gaskets? When this is done the engine should be warmed up and then left overnight and wh