Moto Guzzi bikes presented to the President of the Italian Republic, Sergio Mattarella 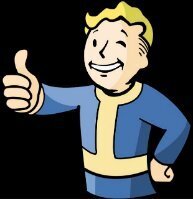 By Mikko,
May 24 in Special place for banter and other silly remarks