Anybody know which ports on the broad sump to the cooler is which? 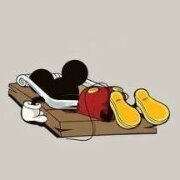 By Weegie,
December 2, 2021 in Technical Topics

As Tom suggests, a bike without a temp indicator is normal. You know what your oil temp is and it bothers you. Maybe you actually don't have a problem. Engine oil needs to get up to 100°C before

I think a test run without the bodywork is in order. Then you you would have a reference as to what the enclosed bodywork  is doing to your temps. If the temps are greatly reduced then you would

By the looks of that engine, and I know little about it except from looks, it appears that the inner thighs of the Vee are shrouded by the belt covers so does hot air pool behind them leading to such