Looking for a Norge. 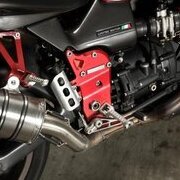